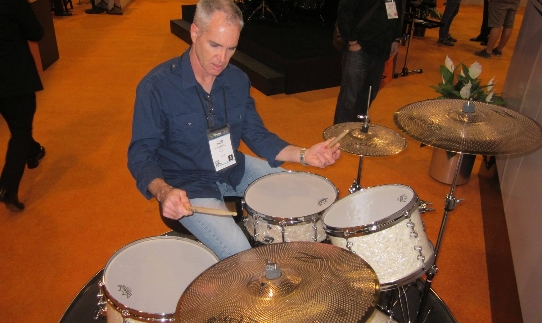 -“Murder Inside of Me” (2 songs on soundtrack)

Rob Ferrell has been playing drums for as long as he can remember, teaching for over 20 years and his awards, accolades and experience have helped him become an in-demand player and teacher in and out of Orange County, California.

Prior to becoming a professional drummer, Rob attended Long Beach State University with a Bachelor’s degree (graduating with honors), and spent eight years as a deputy with the Orange County Probation Department working with troubled teens. This experience helped him understand how best to communicate with parents and a younger generation.

However, Rob’s true passion was drumming, and to achieve this goal Rob studied with three prominent figures in the drumming world: Roy Burns (famed clinician and drummer for Woody Herman, Benny Goodman and Lionel Hampton), Tony Pia (drummer for Maynard Ferguson, Edgar Winter, Larry Carlton, Bobby Caldwell, Englebert Humperdink, Brian Setzer and the Doobie Brothers) and Chuck Silverman (famed drum educator and master of Afro-Caribbean styles). These three instructors impacted not only Rob’s drumming style, but also his approach to being a professional musician and how to navigate the ins and outs of the music business.

Since becoming a professional drummer, Rob’s hard work has led to many of his dreams coming true. He has performed in music videos for a Warner Brothers country artist as well as an Interpol Records pop rock band. He toured with Contemporary Christian Rock Band Liaison. In addition, Rob has performed with bands that have opened for headlining acts such as Berlin, Lenny Kravitz, Missing Persons, Dave Wakeling, Martha Davis, Dishwalla, LA Guns, and Gene Loves Jezebel.

Others have taken note of Rob’s skill behind the drum kit. In 1995 he won the California Country Music Association’s “Drummer of the Year” award, and in May 2000 he was profiled in Modern Drummer magazine. In the November 2015 issue of Modern Drummer, he was honored with a spot on Dom Famularo’s Teachers List.

Rob began teaching privately many years ago at the prodding of one of his teachers, and these days nothing is more important and rewarding to Rob – besides his family – than to be a quality drum instructor.

Finally, in addition to his teaching duties, Rob performs in various corporate/casual bands that perform across California and beyond.